Message by the Prime Minister of Pakistan on the ‘Kashmir Solidarity Day’ (06 April, 2018) 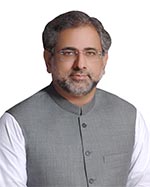 Message by the Prime Minister of Pakistan on the ‘Kashmir Solidarity Day’ (06 April, 2018)

For the last seven decades the people of Jammu and Kashmir have waged an unprecedented struggle against brutal Indian repression. The recent spate of Indian aggression carried out against unarmed Kashmiri civilians, killing more than 20 Kashmiri youth and injuring over 200 innocent protestors, is yet another testament to atrocities being carried out by the Indian occupation forces in Jammu and Kashmir. India continues to deny the valiant people of Indian occupied Jammu and Kashmir the just right to self-determination enshrined in the UN Security Council resolutions.
The Jammu & Kashmir dispute is the unfinished agenda of Partition of the Indo-Pak Subcontinent and remains one of the oldest disputes on the agenda of the UN Security Council. Pakistan strongly condemns the systematic State terrorism and brutal killings of the people of IoK by Indian occupation forces. The basic human rights of the innocent people of IoK, including the right to life and peaceful assembly have been grossly violated by Indian occupation forces. Senior Hurriyat leadership has been arrested or placed under house detention.

The people of Pakistan and the international community have utmost respect for the people of Indian occupied Jammu & Kashmir for their unparalleled courage, bravery and persistence in facing the worst kind of State terrorism, human rights abuses, violence and suppression by the Indian state apparatus.

Pakistan calls upon the international community to raise its voice in seeking an end to the gross violations of human rights and the reign of terror unleashed by Indian occupation forces in IoK and fulfill the promises it made with the people of Jammu & Kashmir 70 years ago. Pakistan further urges the international community to urge India to provide access to OHCHR and IPHRC Fact Finding Missions to the Indian occupied Jammu and Kashmir to investigate the gross human rights violations carried out by the Indian occupation forces.

Pakistan will continue to extend its political, moral and diplomatic support to the Kashmiri people until the realization of the right to self-determination.