Paris, February 11, 2017 – Embassy of Pakistan and the Pakistani and Kashmiri Community in France observed Kashmir Solidarity Day in Paris today.

Members of Pakistani and Kashmiri community, French parliamentarian and media persons attended the event to express their solidarity with the people of Indian Occupied Jammu and Kashmir.

The Ambassador of Pakistan to France Moin ul Haque in his address said that the Kashmir Solidarity day is observed to reaffirm our moral, diplomatic and political support to the legitimate struggle of the Kashmiri people for their basic human rights, especially their right to self-determination enshrined in the relevant UN Security Council resolutions.

He appealed to the international community to take notice of the decades long pain and sufferings of the innocent people of Kashmir and the grave human rights violations being committed by the Indian security forces. He said that the resolution of Kashmir dispute in accordance with the UNSC resolution would pave the way for lasting peace and stability in South Asia.

Mr. Francois Pupponi, the French Parliamentarian and President of France-Pakistan Friendship Group in the French National Assembly in his address said that resolution of Kashmir dispute is a key to prosperity in South Asia. Underlining the socio-economic and humanitarian dimension of Kashmir dispute, he called upon India and Pakistan to resolve the issue through peaceful dialogue.

Notables of Pakistani and Kashmiri community in Paris speaking on the occasion also highlighted the human rights violations and demanded immediate resolution of long outstanding Kashmir dispute in accordance with the United Nation Security Council resolutions.

Messages of the President and the Prime Minister of Pakistan on the occasion of the Kashmir Solidarity Day were also read out. 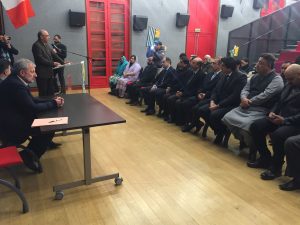 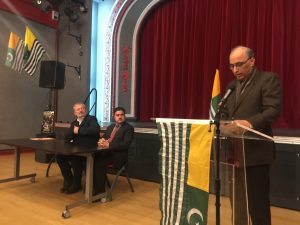 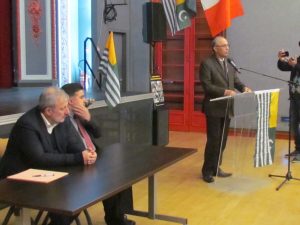 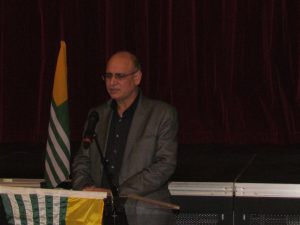 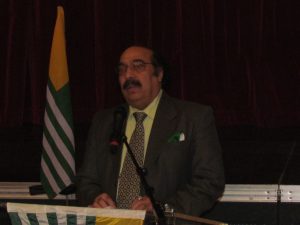