14th March, 2017:  A 20-member delegation comprising representatives of French universities and research institutes is undertaking an official visit to Pakistan today to further strengthen the exiting bilateral ties between the two countries in the field of higher education.

During its weeklong visit to Pakistan, the French delegation comprising of representatives of reputable universities, business and engineering schools, public institutions and research institutes will hold meetings with its Pakistani counterparts to build and further expand linkages between the educational institutes of both the countries. The delegation will also meet representatives of Pakistan-France Alumni Network (PFAN).

During the visit, the delegation is scheduled to attend a seminar titled “France Day in Pakistan” at the Higher Education Commission, Islamabad. The Seminar would provide an opportunity to the French delegation to interact with their Pakistani counterparts and as well as showcase French higher education system to the Pakistani students.

A similar delegation of Higher Education Commission of Pakistan and representatives of Pakistani universities visited France in June, 2016 to celebrate “Pakistan Day” at Campus France in Paris. During the said visit, a Memorandum of Understanding between HEC and Campus France was also signed to facilitate linkages and cooperation between the educational institutes of both countries.

Over 600 Pakistan students are presently studying in various disciplines in French institutes of higher learning. 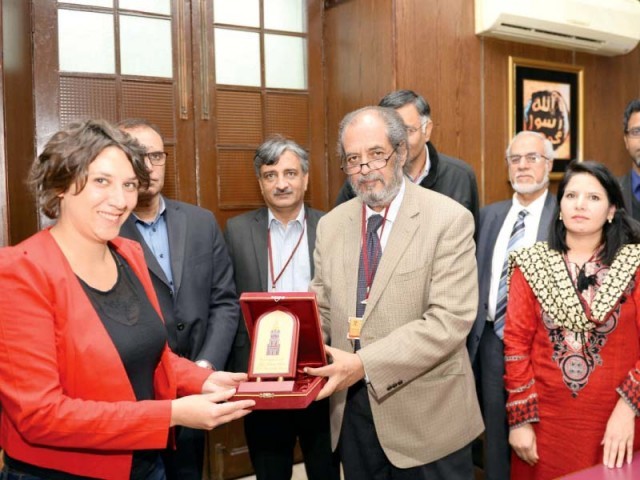