Paris; September 29, 2020: The Bureau of International Exhibitions (BIE) started a two-day online interactive training of officials of Trade Development Authority of Pakistan (TDAP) covering all facets of BIE, preparing Pakistani officials to participate in the international expos including next year’s Dubai Expo in the most useful way.

In his opening remarks Mr. Dmitri S. Kerkentzes, Secretary General of the organization said BIE is an intergovernmental organization of 169 states which was created through a Convention relating to international exhibitions signed in Paris in November 1928. It arranges international expos and specialized expos all over the world.

He informed that this is the first capacity building program that BIE has designed for its member states. It took more than a year in designing the course and Pakistan is the first country to benefit from the newly designed modules, he informed.

Mr. Kerkentzes briefed the participants about BIE and outlined the theme of the training. He said that Expos are unique global events, which are among world’s largest gatherings, bringing together governments, businesses, international organizations, civil society, and the general public. Addressing themes of global concern, Expos maintain a high profile and credibility among international events.

Secretary TDAP Mr. Ahsan Ali Mangi said that TDAP’s role is to promote trade in Pakistan and assist local businesses in accessing international markets. He said the exchange of ideas and experiences would immensely help the country and its traders and manufactures to learn from international best practices.

Expressing his views in the inaugural session, Charge d’Affaires a.i. Mr.  M. Amjad Aziz Qazi thanked BIE for arranging this training. We have always participated in BIE activities and played an important role in its various initiatives, he said.

Mr. Qazi said that with this training program a step has been taken towards cementing our already friendly ties and expressed the confidence that this will equip TDAP and its officers for effective participation in international Expos and Specialized World Expos. It will also help them organize their own events in a more professional manner, he added.

Pakistan has been an active member of BIE since becoming a member in 2007. Dr. Moin Wani, Commercial Counsellor of Pakistan Embassy in France is currently chairing the Rules Committee, which is one of the four committees of BIE. Prior to that he was heading BIE’s Information Committee.

Initially the BIE team had planned to go to Pakistan for this training but due to Covid-19 restrictions, it is now being conducted online, which has been divided into five segments relating to country branding, multilateral public diplomacy opportunities, participation procedure, developing a brand statement, impact evaluation of participation and Customs/Logistics, in addition to several others. 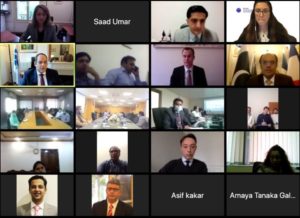 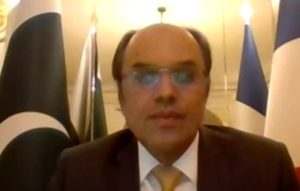 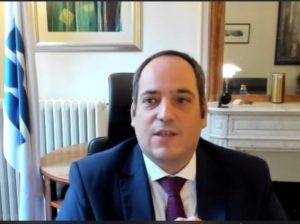