Paris; September 25, 2020: Two documentaries based on the expeditions of mountaineers and paragliders from France and Poland to the high mountainous areas of Pakistan were screened at a film festival in Paris, France on September 23-24.

The summer edition of the festival was held at Grand Rex cinema in Paris. Some of the mountain climbers and paragliders who went to Pakistan for their expeditions were also present on the occasion. The Embassy of Pakistan was represented by Charge d’Affaires a.i., Defence Attaché, Press Counsellor and Head of Chancery.

Lost in Karakoram, a 30-minute documentary regarding paragliding in Pakistan’s Karakoram Range. Directed by Damien Lacaze, Antoine Girard and Jeremie Chenal, the documentary regarded this area as one of the most beautiful mountain venues in the world. The film was based on French paragliders’ attempt to ascend the 7027-meter high Spantik peak.

The second documentary titled The Last Mountain is of 83 minutes duration. Directed by Darius Zaluski, the film is based on the 2018 K-2 expedition of Polish mountaineers. The documentary informed that K-2 is world’s only 8000+ meter peak that has never been climbed in the winter. During this challenging expedition, a couple of members of the Polish team went to rescue a French mountaineer Elizabeth Revol and her Polish teammate who were trapped on nearby Nanga Parbat.

Charge d’Affaires a.i. Mr. M. Amjaz Aziz Qazi held a meeting with the organizers of the festival Ms. Manon Grimwood and Mr. Cyril Salomon and said that Pakistan welcomes tourists from across the globe to visit the country which is gifted with epic landscapes and challenging mountain tops.

The organizers said that Pakistan is one of the key destinations for French mountaineers and people like to watch the breathtaking landscapes and beautiful mountains. They said these films were also shown in Switzerland, Denmark and Czech Republic as part of the same film festival. Screenings in other European countries were cancelled due to Covid-19 restrictions. 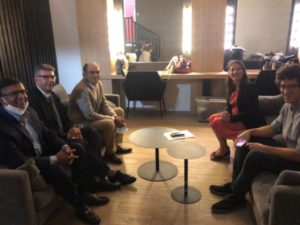 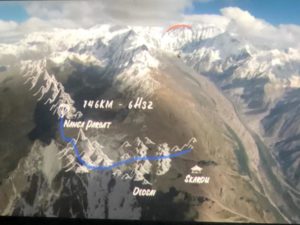 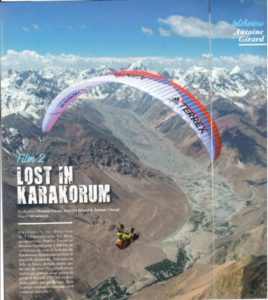