Paris 1st March, 2017:    Chairman Senate Mian Raza Rabbani has called for further strengthening of the bilateral relations between France and Pakistan through parliamentary exchanges and by boosting cooperation in diversified fields.

This was stated by the Chairman Senate during his meeting with French Senator Mr. Pascal Allizard, President, Pakistan-France Friendship Group in the Senate of France and Ms. Francoise Cartron, Vice President of Senate, who called on him at the Embassy of Pakistan in Paris, today. Senator Mushahid Hussain Syed, Senator Mohammad Mohsin Raza, Secretary Senate Mr. Amjad Pervez Malik and Ambassador of Pakistan Moin ul Haque were also present during the meeting.

While emphasizing the importance of regular interaction between the parliamentarians of the two countries for building a better understanding he also underlined the need to further strengthen existing level of bilateral cooperation especially in the areas of trade, investment and security.

Senators Allizard and senator Cartron, who were part of the French Senate delegation which visited Pakistan in April last year, expressed solidarity with Pakistan in the wake of recent terrorist attacks in Pakistan and offered condolences to the aggrieved families.

The two sides also discussed ways and means to enhance mutual cooperation between the Senates of Pakistan and France.

The meeting was held during a stopover in Pairs by the parliamentary delegation led by Chairman Senate on return from their official visit to Cuba. 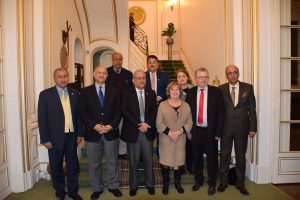 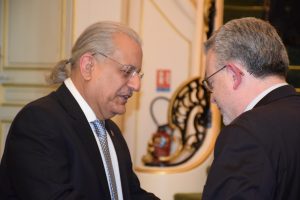 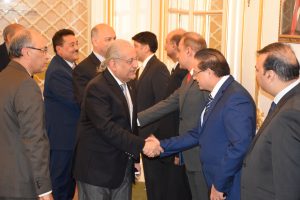 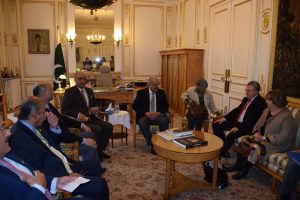 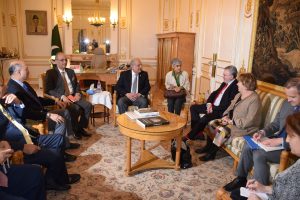 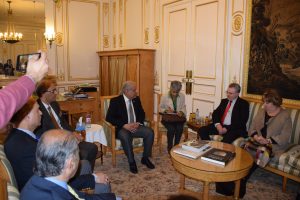