[quote style=”1″ author=”Author”] Pakistan offers wonderful opportunities for French investors. Pakistan is a very good destination for those who want to make profits through business[/quote]

Lyon (France); September 29, 2015: Ambassador of Pakistan to France, Mr. Ghalib Iqbal has asked French Businessmen to invest in Pakistan. He was addressing French Businessmen at Lyon Chamber of Commerce and Industry, this afternoon. Lyon is the Business hub in the south of France. The Ambassador said that Pakistan offers wonderful opportunities for French investors. He stated that Pakistan is a very good destination for those who want to make profits through business. Admitting that there were a few security issues in Pakistan, he said that these were basically the issues of perception. He emphasized that perception cannot be changed without actually witnessing the reality. He invited Lyon businessmen to visit Pakistan in order to explore the investment and business opportunities with potential counterparts. For this purpose he announced that the Government of Pakistan could organize a visit of a delegation of French Businessmen to Pakistan so that they could see the actual state of affairs with their own eyes. This would also give them the opportunity to meet with potential business partners in Pakistan.

[textblock style=”1″]The annual trade volume between Pakistan and France (around 1.5 Billion US$) has the potential to grow by 300% over the next three years.[/textblock]

The Ambassador said that the annual trade volume between Pakistan and France (around 1.5 Billion US$) has the potential to grow by 300% over the next three years. He pointed out areas of investment and trade between the two countries such as energy, agriculture, mining and minerals, automotive parts, textiles, fisheries, infrastructure and chemicals and pharmaceuticals. He encouraged French businessmen to explore business options in Pakistan, since Pakistan offers a favorable business environment, which is backed by the full support of the present government. The representatives of French companies, Alstom, Schneider Electric, Vinci and Sunberg, which are already operating in Pakistan, also spoke to the participants in order to share their experiences of doing business in Pakistan. They said that working in Pakistan was extremely profitable and safe and that French businesses should take advantage of this opportunity. 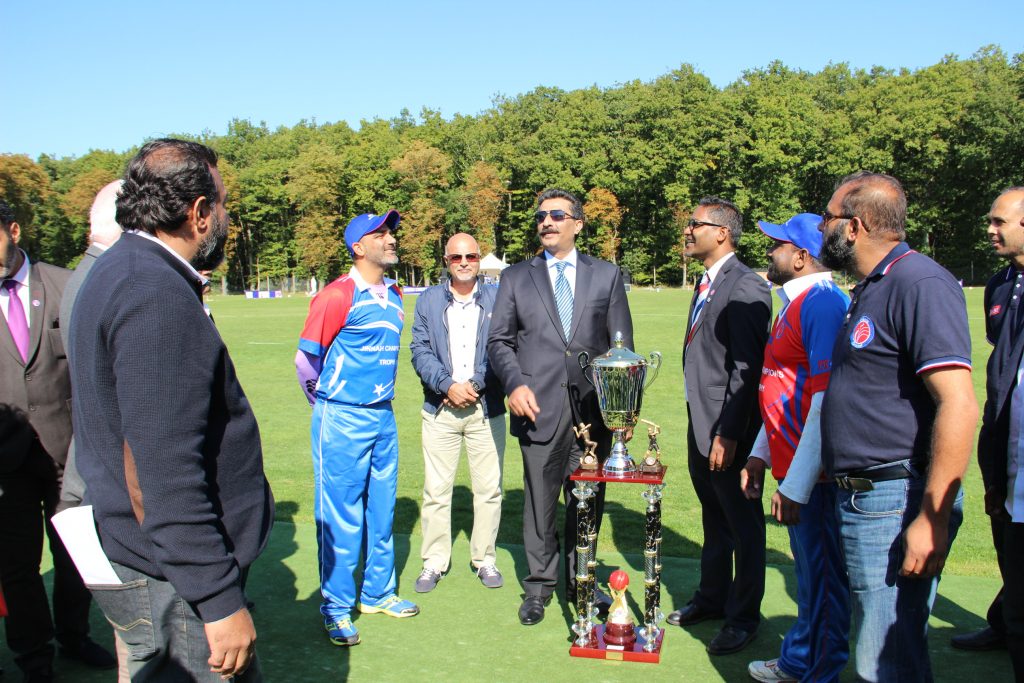 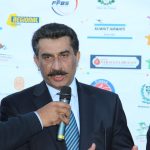 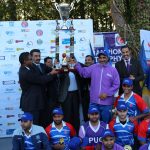 The Winners of Jinnah Trophy 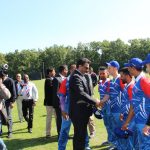 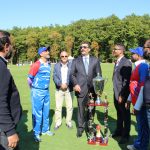 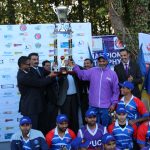 Paris; September 27, 2015: In collaboration with France Cricket, the Embassy of Pakistan in Paris organized a cricket tournament. Paris University Cricket Club won the trophy. The Ambassador of Pakistan to France, Mr. Ghalib Iqal was joined by the Ambassador of Sri Lanka to France and Indian Deputy Head of Mission in Paris to give away Jinnah Trophy to the winning team.
[info]At this occasion the people chanted the slogans of Pakistan Zindabad and Jinnah Zindabad[/info]

Among the slogans, the Ambassador announced that the winners will be sent on a one week visit to Islamabad and given opportunity to meet the president of Pakistan. The Ambassador also announced that Holding of Jinnah Championship Trophy will now be a regular feature of France Cricket and that the winner team of next year will be given an opportunity to visit Deosai Planes and stay at a nice place, apart from their one week stay at a five-star hotel in Islamabad. The Ambassador further said that the tournament will remain an event of France Cricket and the Jinnah Trophy will become a symbol of Pak-French Friendship.
This final match was played at France Cricket Stadium of Dreux, which is a small town outside Paris. The mayor of dreux was also present there. In his address he thanked the ambassador for holding this tournament and said that it will help popularize cricket in France. France Cricket is official governing body of cricket in France. The Jinnah Championship Trophy tournament was organized under the auspices of France Cricket.

[info]The event was on officially recognized schedule of the ICC.[/info]

Sixteen best teams of Division I and II of France Cricket participated in the event. Northern Cricket and Paris University Cricket made it to the final and the later won. The teams which consist of players from all over France, include many players of South Asian origins. Large number of cricket lovers watched the matches. 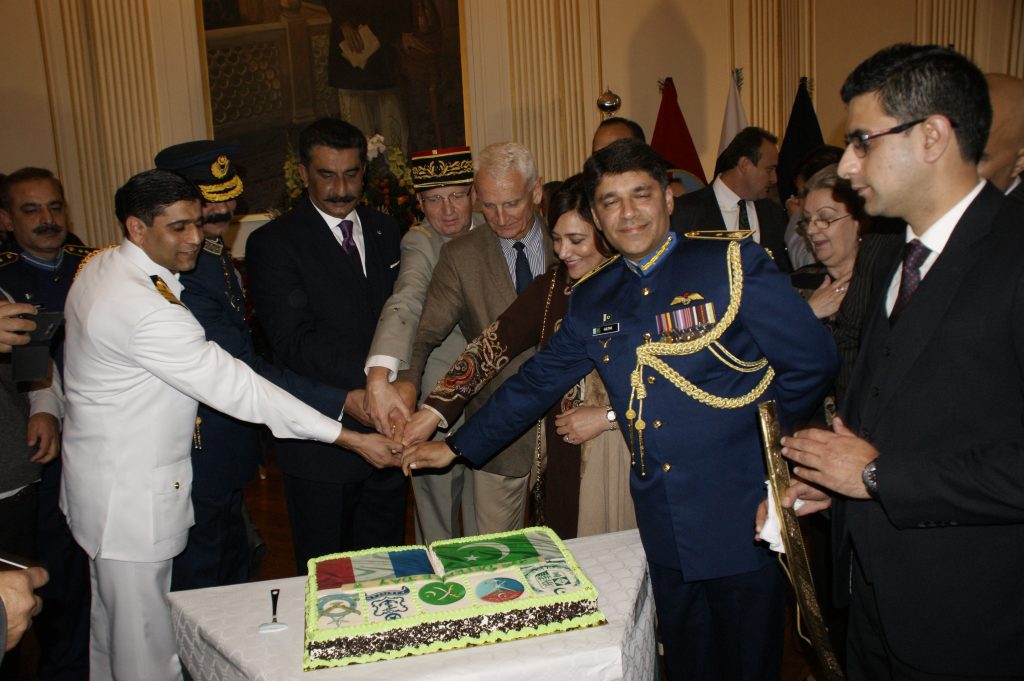 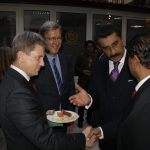 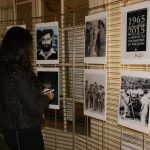 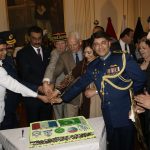 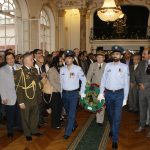 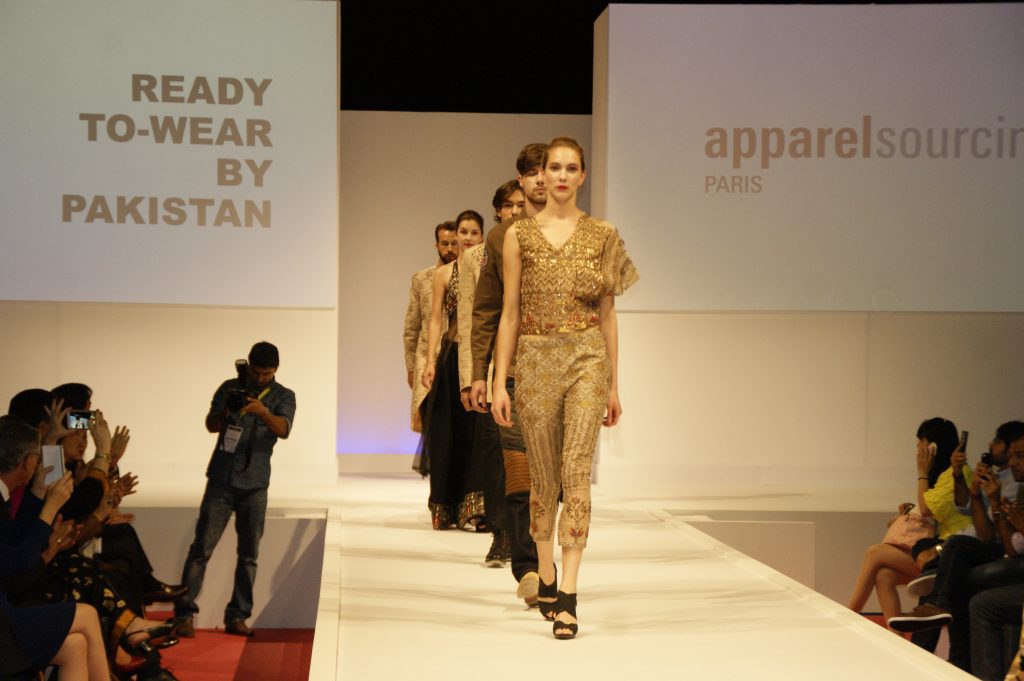 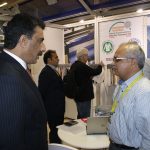 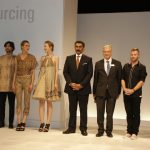 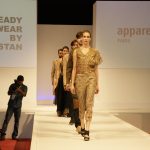 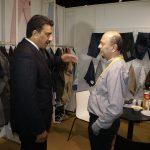 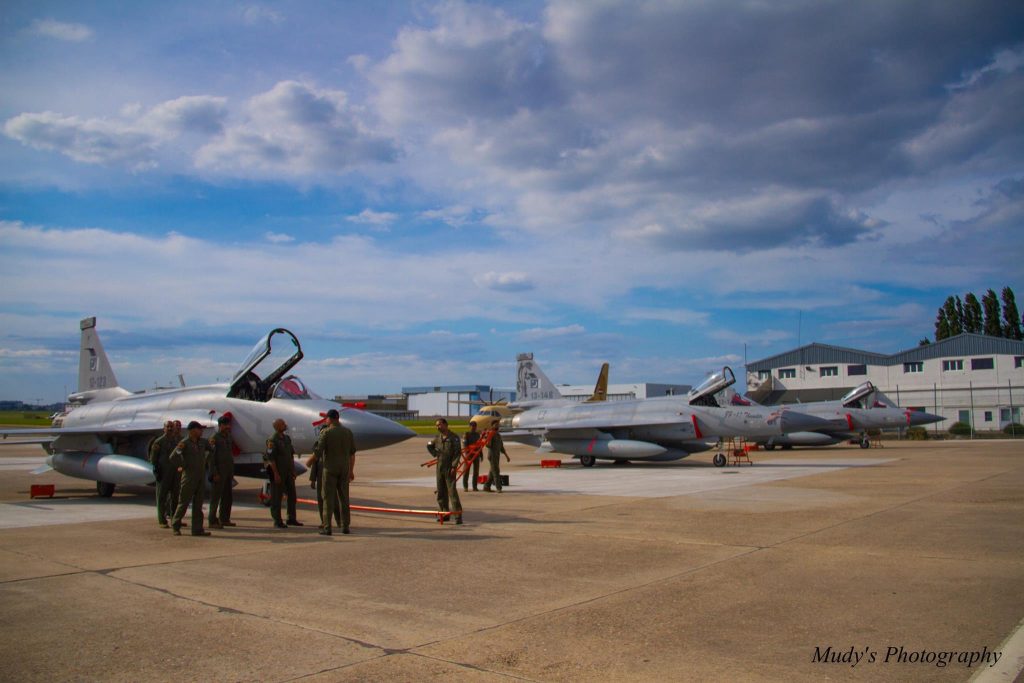 Three fighter aircraft JF-17 Thunder with pilots, technicians and engineers of the Air Force of Pakistan (FAP) arrived today at Le Bourget Paris, to attend the Air Show and the Le Bourget 2015. The 51th Fair organized by the French Association of Aerospace Industries will take place from 15 to 21 Jun, 2015, at Le Bourget Exhibition Centre. One of JF-Thunder fighter aircraft of Pakistan Air Force will conduct a demonstration flight every day, while another will be part of the static display showing the latest weapons technology. The spectacular acrobatic flight of JF-17 Thunder is considered the key to the show lounge, and will provide an excellent opportunity to showcase its advanced capabilities, also allowing future customers to evaluate its immense potential. The Paris Air Show and Space at Le Bourget meet 2,215 exhibitors from 44 countries worldwide and the Air Force of Pakistan is proud to participate. It should be noted that 150 aircraft representing the major aeronautical industries will be present at the show. The first four days of the Show will be reserved for trade visitors, followed by three open days for the general public. 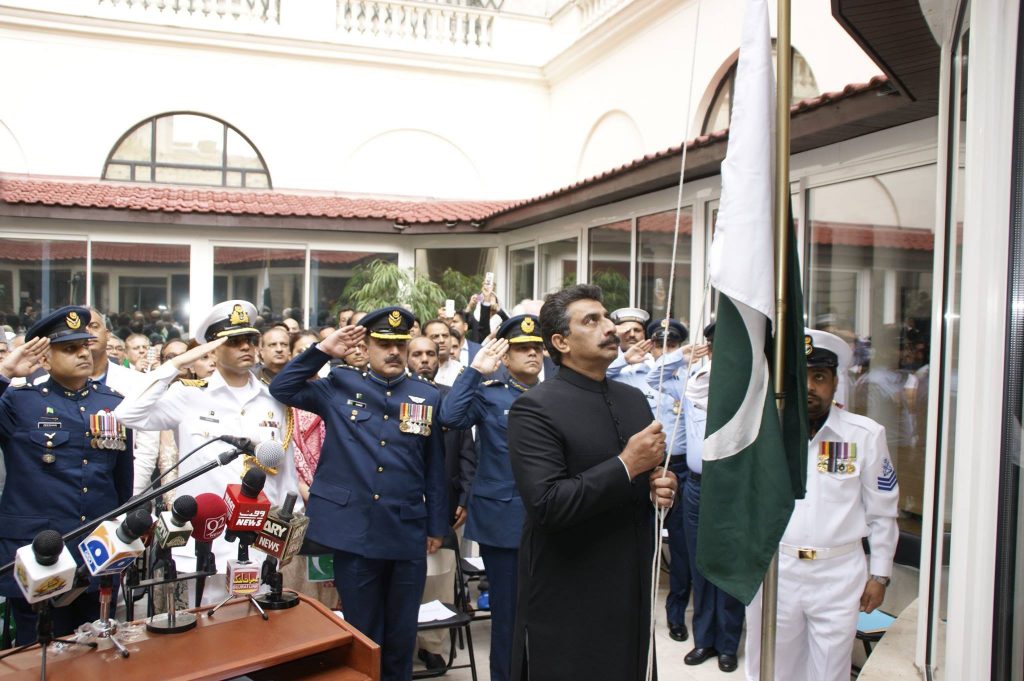 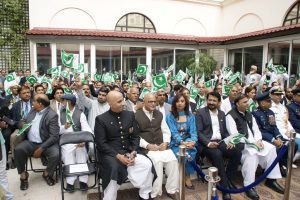 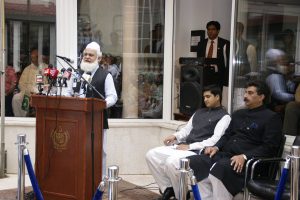 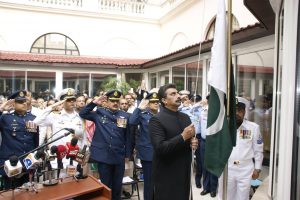